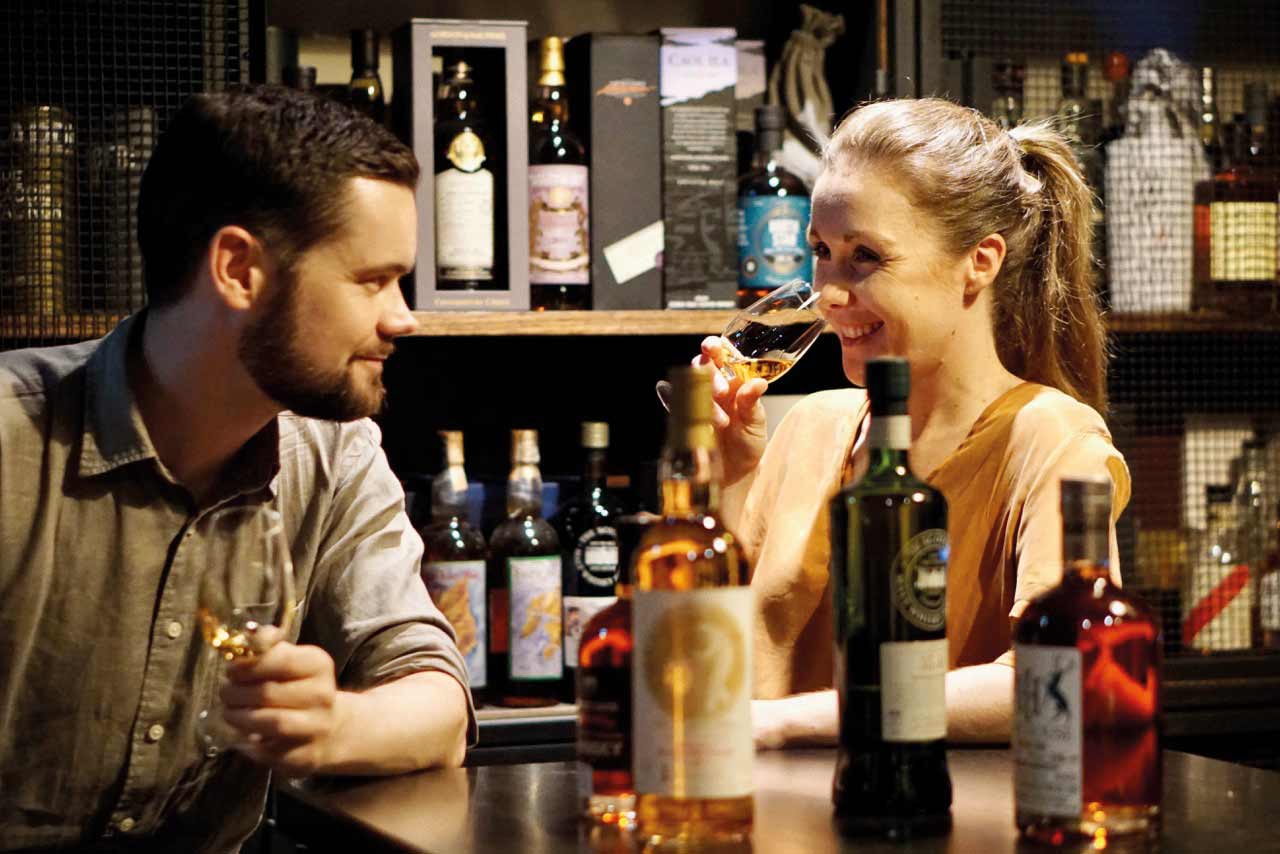 On 11.59pm, Wednesday 8th July, Melbourne headed back into stage three restrictions once again. This time the timeframe is six weeks, but for some bars, who had only just plucked up the courage to open the doors, this will be more like eight to 10 weeks.

The team here at australianbartender.com.au wanted to chat to some Melbourne bar people and see how they are faring, just a few days into this new lockdown. As New South Wales looks down the barrel of a new outbreak and a potential return to restrictions, the reality of living through a pandemic is all too real. For those in the thick of it in Melbourn there is a mix of frustration, anger and overwhelmingly a sense of pride in the way the industry has banded together to support one another.

Greg Sanderson, National Operations manager for the Speakeasy Group had just celebrated the opening of the Melbourne outpost of Nick & Nora’s when the rumblings of a second lockdown started to be felt. They had slowly started to reopen all their Melbourne venues for just three nights a week, taking into consideration profitability based on the restricted numbers.  “When the restrictions weren’t eased in Victoria to go from 20 to 50 patrons, I saw the writing on the wall,” says Greg. “I sent an email to all the managers to mentally prepare them for what was coming.”

For Greg, this mental preparation was key in bolstering them for the hard road to come. “It’s been a huge kick in the guts, to have to stand down staff again, to know they’re out of work, worrying about money and all that goes with it.”

Brooke Hayman, Director of Whisky and Alement and Melbourne Whisky Room, felt like the second lockdown had to happen. “The second lockdown hit after two weeks of trade, but it was welcome,” she says. “The rising number of cases so close to the city began to create concern for staff safety.”

But while acknowledging the importance of keeping staff safe she says the second lockdown has been exhausting. “We remain as positive as possible but the workload of again revaluating outgoings, rewriting forecasting, reorganising our team into safe office roles to keep our online offering operational takes its toll.”

Hayden Lambert, owner of small cocktail bar Above Board, was waiting patiently for things to stabilise after the first lockdown, so opened his doors later than most and had to close them again three days later. “We didn’t want to open and then have to close,” he says chuckling. “Now we know that we should have come out full guns blazing and made some cash.”

When asked if he’s angry, Greg says it’s hard to point the finger at anyone specifically but he feels like a lot of people are not thinking about the bigger picture when they flout the rules and ignore social distancing. “We live in a world where people just think about themselves. We’re doing everything we can, doing everything by the book and then other people aren’t. In our venues, yes it’s an environment where people congregate for a couple of hours but we’re also very controlled.”

Hayden’s frustration comes from a lack of understanding from the general community. “I think a lot of people are taking things for granted and breaking the rules,” he says. “For us, our livelihood is impacted by each and every decision that is made.”

He also wishes the government taken the hard lockdown approach like New Zealand but he does understand that it’s easy to say that in retrospect (and he is a kiwi, after all). “I think they should have put us into hard lockdown for four weeks. They should have just shut everything down. I think a lot of bartenders are in the same position.”

Greg and Hayden are both very vocal in saying that the hospitality industry is bearing the brunt of inconsistent rules around numbers and social distancing. “We had the grand opening of Nick & Nora’s and one of our guests flew down for the event. He was on a plane jammed in with 300 people then he comes to our venue with 20 people when you can fit 240. Just like the airlines, it’s not financially viable to have 240 seats in a venue and only being able to have 20 people. We sign leases based on that. The frustration for us comes from the inconsistencies.”

When it comes to the take-away pivot, there are mixed feelings. Brooke and the Whisky and Alement team moved quickly to take-away during the first lockdown and will keep going down that path. “Within three days of full bar closure we launched an online shop selling whisky samples we coined the “juice bag”, boilermaker packs and full bottles of whisky from our cellar. Customer support was overwhelming,” she says, adding, “behind the scenes we worked harder than ever filling, picking, packing and posting for long hours every day. Online sales are labour intensive, and rewards are low with only a third of our standard profit margin.”

The Speakeasy venues (Mjolner, Eau de Vie and Nick & Nora’s) didn’t move to takeaway during the first lockdown but are fired up this time around and have announced their Viking Feasts at Home. “First time around the senior managers in the group spent most of our time trying to negotiate with landlords, do damage control and figure out our financials and how long we could stay afloat,” says Greg. “Now that we have done that, we have JobKeeper etc, and we have the resources so now we go to takeaway.”

Concern for the future is a common theme among most operators and people in this hospitality game. “I am just worried that this is how they are going to continue to manage outbreaks,” says Greg. “They can’t just keep locking down cities and industries. If you’re a high-risk person, or in contact with a high-risk person then don’t go out. The government will run out of money, businesses will run out of money. As much as everyone is hanging out for a vaccine, there is a possibility that it doesn’t come, so how do we keep going?”

Brooke is also anxious about how long this will go on. “When will we return to normal?” she asks. “If a vaccine is 24 months away, I’m not sure any amount of planning will bridge the gap.”

Brooke also cites the lack of foot traffic in Melbourne’s CBD as an issue going forward. “If office workers are still required to stay at home when JobKeeper concludes, I’ve no doubt the city will lose some of its best restaurants, bars and entertainment venues. It breaks my heart.”

While Hayden is worried we won’t recover if there’s a third lockdown, he is keeping positive and he wants that to be the takeaway from this. “We will come out on the other side,” he says. “A lot of bars have been super dynamic about the way they’ve approached it and the support they have given each other. Everyone’s been challenged with the same set of obstacles and it’s amazing seeing how they all face it.”

The Victorian Government has pledged to help more than 80,000 eligible businesses with a $5000 grant to help them through these renewed restrictions. If this is you, click here.